What is the BS EN 124 classification?

We explain the standard behind covers and gratings rated A15 to F900 in groups 1 to 6.

Under BS EN 124:2015, manhole covers, access covers and gully grates are graded by different loading applications, ranging from class A15 up to F900. Each loading application has a specific meaning and it is very crucial that the right one is selected, otherwise, if the loading is wrong, the covers or gratings will not last and could become dangerous.

The loading applications are the first thing you should consider when looking to purchase manhole covers, access covers or gully grates, to guarantee that you are selecting the right one. But what is BS EN 124 and how does it help you choose the right product? Let's have a stroll down the ol' British Standard highway!

BS EN 124 (Gully Tops and Manhole Tops for Vehicular and Pedestrian Areas) superseded BS 497:1976 Specification for Manhole Covers, Road Gully Gratings and Frames for Drainage Purposes in 1994, and was updated to become BS EN 124:2015. It is the British adoption of the European standard for covers and gratings that separates products into a number of classes based on a static load test, and also groups the locations where each class should be installed (and the minimum class that should be used in each). It was produced and is published by the BSI Group.

The standard is split into one general part and five material-specific parts, and brings products made of different materials into the scope of BS EN 124.

Next up the classes that BS EN 124 to rate a cover's static load capabilities, ranging from A15 to F900.

Classes are matched to their appropriate group to give the recommended minimum rating for each group.

Installation areas and BS 497 comparisons for guidance only.

At first glance, it may seem like BS EN 124 is a fully comprehensive standard and reasonably clear to follow what strength manhole cover, access cover or gully grating you might need — however, it doesn't take into consideration long term load effects in places like highways, or that access covers (normally restricted to 20mph speed limits) are overspecified as they aren't subjected to the same dynamic loads as manhole covers.

It's widely recognised that, for some applications and situations, the static load means of measurement and categorisation used by BS EN 124:2015 is rather inadequate. According to Wrekin, one of the UK's leading suppliers of covers and gully grates, BS EN 124:2015 "fails to take into account how the cover interacts with the frame or the actual dynamic loads and forces to which access covers and gully grates can be subjected in practice and over time".

This is particularly true for the D400 class, often used in carriageways, for which Wrekin have developed three different ranges that better cover the applications that class is suitable for under BS EN 124:2015. Their Highway range of D400 covers, for example, have been designed to meet the additional requirements of HA104/09 — a the specification produced by the UK Highway Agency in recognition of BS EN 124:2015’s limitations.

Another issue levelled at the BS EN 124:2015 standard is that it doesn’t take into account fabricated access covers, which are normally manufactured from steel or aluminimum and restricted to 20mph speed limits, are not subjected to the same dynamic loads associated with covers manufactured from materials such as cast iron. Because of this, the ultimate test loads in BS EN 124:2015 are substantially higher than what is necessary for fabricated covers.

To address this concern, a collection of leading access cover manufacturers set up FACTA (Fabricated Access Covers Trade Association) and set out a classification for access covers that is considered more accurate, but not equally comparable, to BS EN 124:2015.

Find out more about FACTA access cover classifications or find out the differences between BS EN 124 and FACTA in our other articles about covers.

What does this mean for choosing a cover?

It's super important not to under specify the cover you need, and just judge the cover by its load rating vs the weight of what's going over it.

As an example an A15 cover, under its BS EN 124 test, indicates it can withstand loads of at least 1.5 tonnes — while this may be more than the weight of the average car some A15 covers are not suitable for driveways. This is because the static load a vehicle exerts when it's moving slowly (or standing still) is very different to the dynamic loads it exerts when breaking or turning.

In some cases, the load exerted through a single wheel when breaking and/or turning can be 3 to 4 times greater than the vehicle's static mass!

This is why the minimum load class for driveways should be considered as B125 — as this also takes into consideration heavier vehicles that are likely to be found on driveways such as SUVs, caravans and motorhomes. In potentially heavier trafficked driveways, for such things as delivery vehicles or removal vans, a cover rated C250 should be considered.

What this means is that you can't always rely on a need for a cover to fit neatly into a single class, category or use. Don't be tempted to go for the cheapest option — safety standards should not be compromised and you should always over estimate the loading requirement for manhole and access covers. Likewise it would be costly to install an F900-rated cover, capable of withstanding moving aircraft, in your back garden.

JDP's team of experts are happy to help with any specification of covers and offer free impartial advice for the right cover for your application. 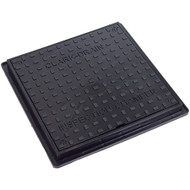 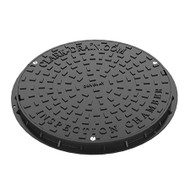 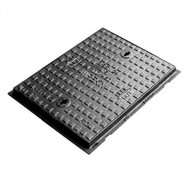 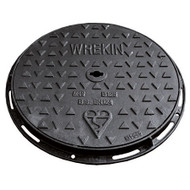 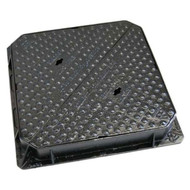 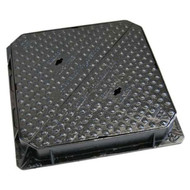 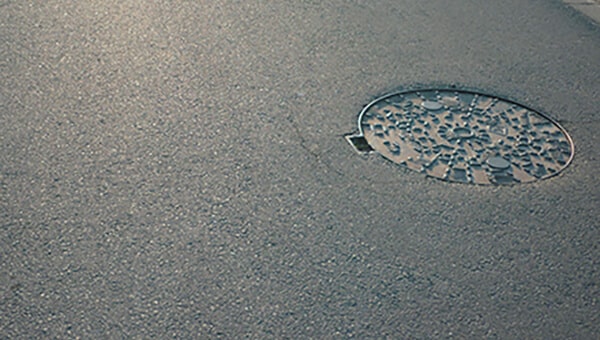 How do you measure the size of a manhole cover? 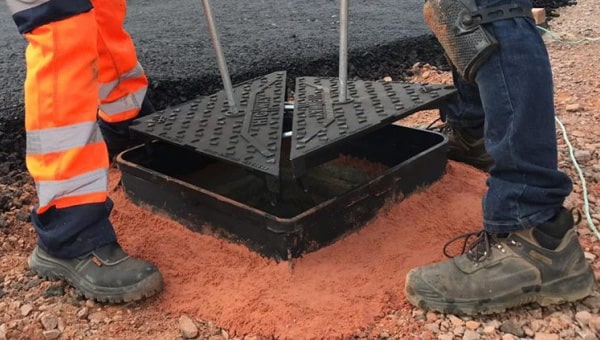 How to choose the right manhole or access cover 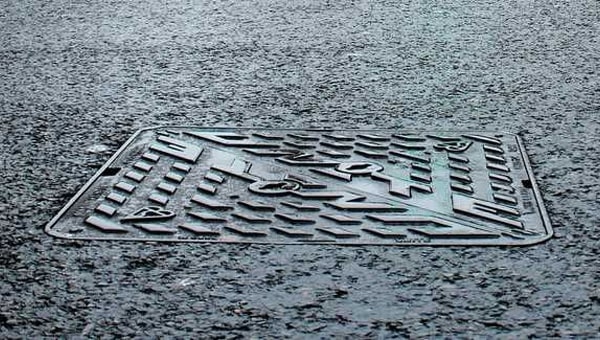 What is the difference between manhole covers and access covers? 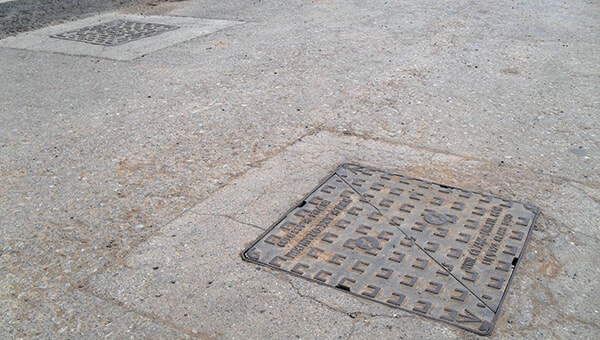 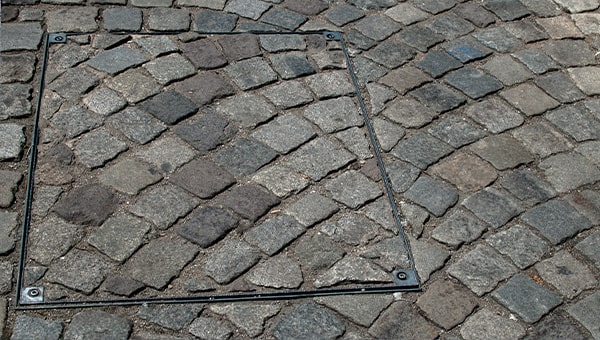