JDP uses cookies to make this site simpler. Find out more about cookies
COVID-19: get the latest updates for branches. 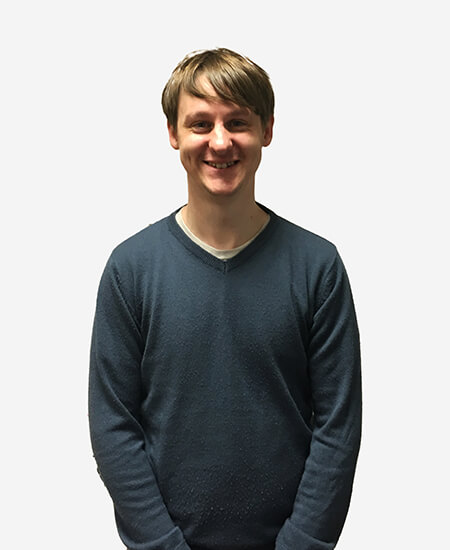 David started working for JDP in April 2016 shortly after our transport and HR departments became separated.

He is from small town called Brampton in Cumbria and has lived there his entire life. In his spare time he like to spend time with family and friends and, on a clear night get his telescope out!

What's the best thing about your job?

The variety is great as there is always something new to do and more to learn, which I enjoy. The people are also very nice which has a huge impact on how much I enjoy my work.

Have you ever met anyone famous?

As a teenager I had the privilege of playing darts against 5 times world champion, the late great Eric Bristow…needless to say I didn’t win.

I love the sci-fi comedy Red Dwarf but feel no guilt about this whatsoever.

If you had to live in a different country where would it be?

I think we have drawn pretty lucky to be in this country - though you wouldn’t think it with the constant negative doom and gloom! Having said that New Zealand would be nice.

Jam or Cream first when eating a scone?

Neither. Just butter for me please.

Want to be a force for good?

Do you want to help build smarter homes and more sustainable cities? Want to develop a career and apply your skills in an environment that encourages and rewards commitment, confidence and creativity?

We are constantly looking for people who can add value and enthusiasm to our team and that shares our vision for the future.